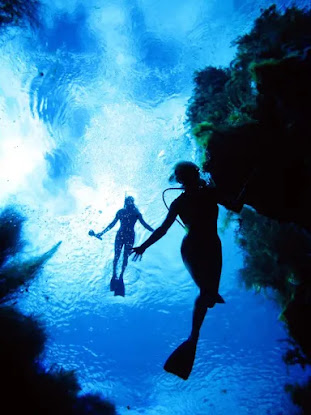 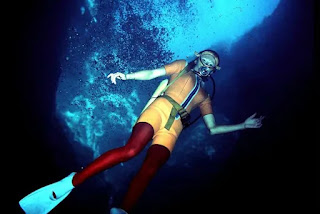 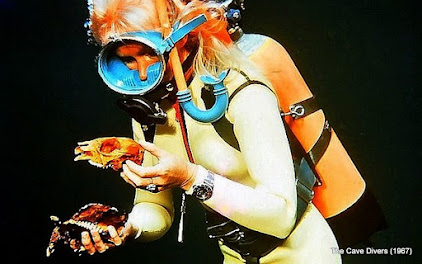 Sthenurus ("strong tail") is an extinct genus of kangaroos. With a length around 3 m (10 ft), some species were twice as large as modern extant species.

Posted by BlueWater at 06:26 No comments: 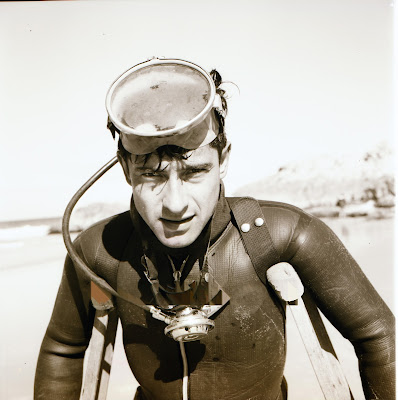 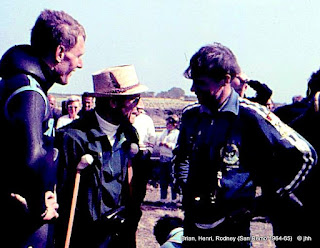 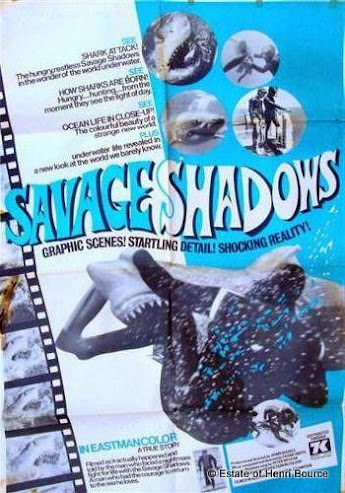 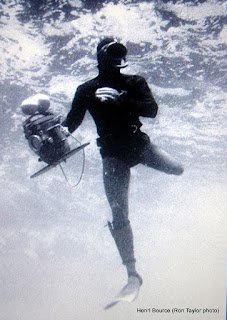 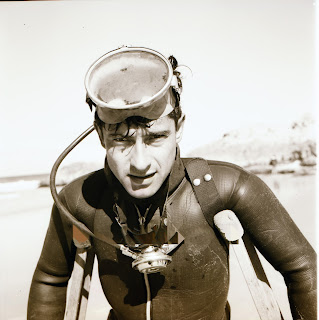 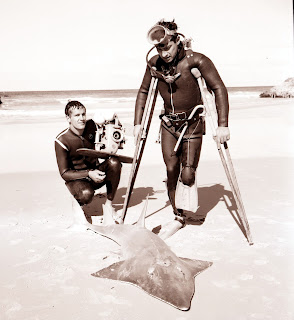 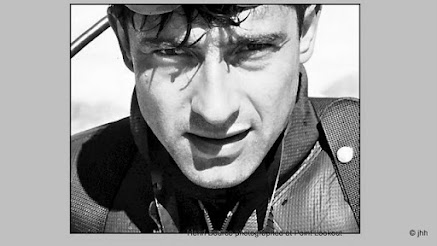 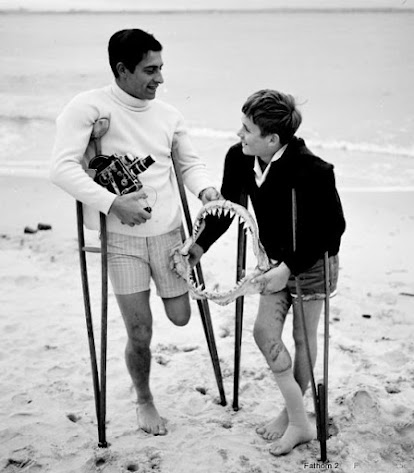 Henri with Raymond Short (from the film)
Savage Snap.  Henri and Ron filmed the first White shark simultaneously. One was underwater in a cage (in rough conditions) the other was filming from a duck board.

Posted by BlueWater at 06:15 No comments: