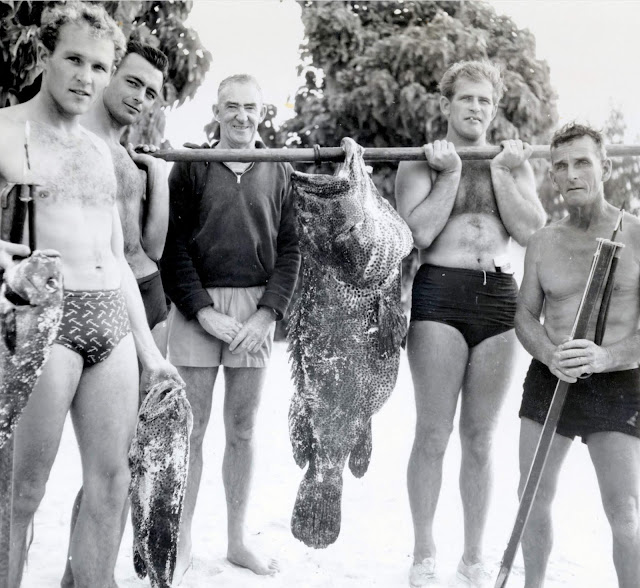 A few remaining former members of White Water Wanderers (Eastern Suburbs club, Sydney) are Vic Ley, Roy Bisson, Ron McEwen and John Gallagher (above, far left).
John Gal (aged 84) lives in Waverley, Sydney. Previously mentioned here, 'Gal' is the guy whose great aunt is on the reverse side of our $10 Australian note (Mary Gilmore). And equally noteworthy was Grace Kelly the movie star and former Princess Grace of Monaco who is one of the Gallagher family cousins.
Some diving history which appears not published in Australian Skindivers Magazines -Gallagher remembers (vaguely as it was not directly connected to him) were two accidents that members of the "wanders' sustained in the early 1960s.
One incident was a serious shark bite on a member (who quit diving forever after he recovered). Ron Ible (senior) also told me the story, briefly, as he'd help carry the injured diver. The bite may have been in the Port Stephens area about 1960. Serious-enough injury - to lower section of his body.
The 2nd 'bad-luck' storywas a fatality. A Blue-Ring octopus bite. The diver carelessly and unknowing of the danger allowed the tiny octopus to crawl over his bare back and was nipped on this spine. Paralyzed soon after- his breathing became impossible (which is how the venom kills). This may have been the first B.R.O. fatality.
The White Water Wanderers had pioneer divers with a few younger guys like 'Buck' Cain, and Mark Lee. Mark perished in a high speed power boat accident in the 1990s.
Buck Cain, shown in one of Ron Taylor's documentaries is the guy who spears a large Venus Tusk fish (aka Blue parrot) - loses it and thrusts the spear clean -through the centre of the fish to stop it swimming away.
See this in "Ron Taylor's SKINDIVING PARADISE" on You Tube.
Skindiving Paradise, for obvious reasons (it was made for the Queensland Government Tourist Bureau) did not show Wally Gibbins and the 11 foot Tiger shark, although spear fishing was strongly featured as this was 1963 and spearing was relatively new on film. Taylor used Kodachrome film - long lasting colors being an asset of the film type, whereas commercial (or professional) film stock was later found to eventually fade to pink. This makes the ten minute documentary very unique today with very nice quality.
John Gallagher was spooked by the Tiger at Sykes Reef and called to Wally partially for help and to see how the then almost legendary diver would handle things. Wally didn't delay in testing his anti-shark device.
They towed the large Tiger back to Heron where it was 'still kicking' an hour later. Gallagher and others took film footage, but not Ron Taylor who showed up later. 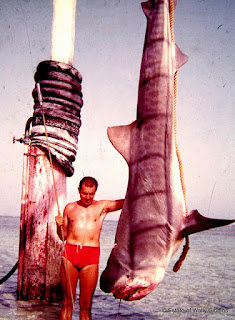 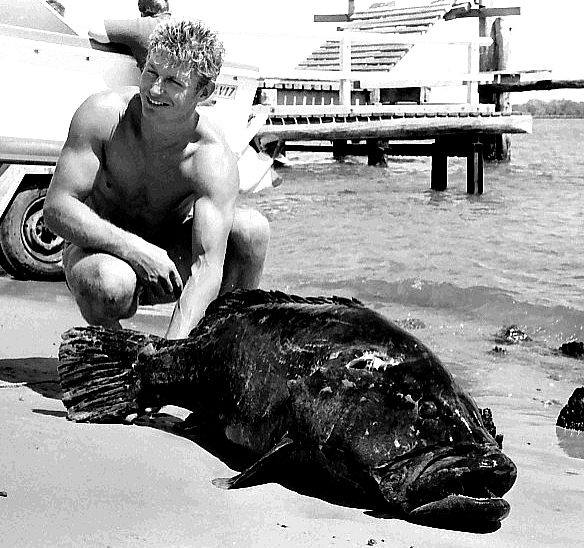 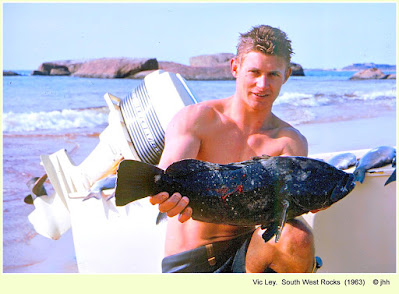 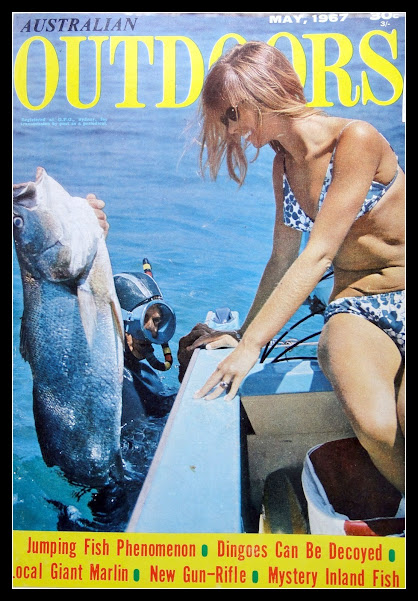 Posted by BlueWater at 20:57 No comments: 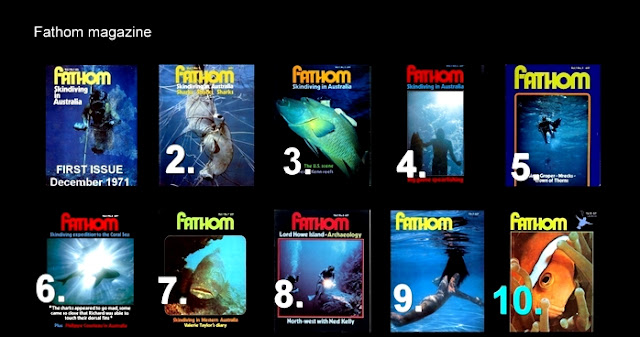 Posted by BlueWater at 17:02 No comments: