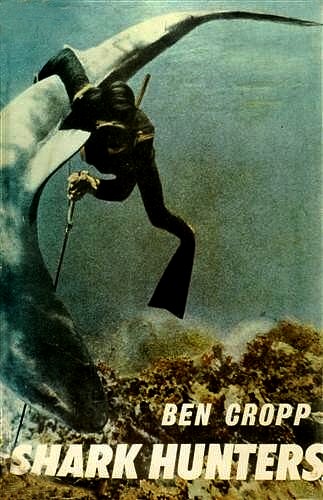 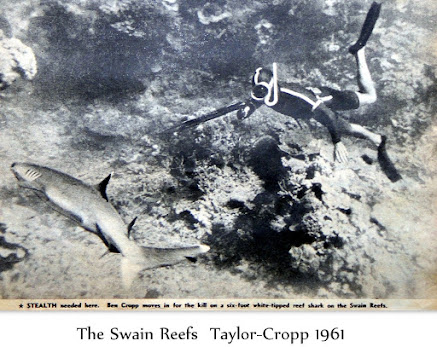 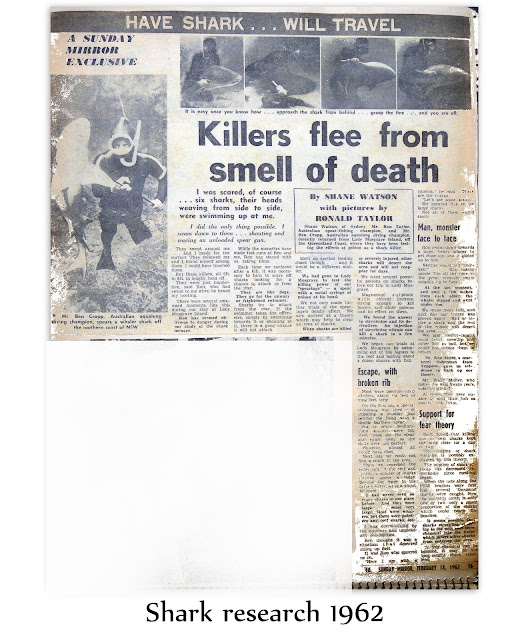 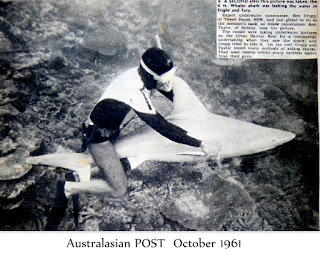 Before powerheads there was an experiment on the east coast and barrier reef to use industrial-grade hypodermic syringes (containing a poison such as strychnine nitrate).  Too slow doing the job on an attacking potential man-eater.

The powerhead arrived in 1963 and the injecting experiments shelved.  Dr Shane Watson had devised the plan with leading skindivers volunteering the testing.  (There may exist a Movietone News showing a Wobbegong shark injected and instantly in convulsions.

The graphic scene was included in The Shark Hunters documentary by Taylor & Cropp which was a collection of their black and white short adventure filming  scenes.  Ron was cameraman, Ben did the underwater movie stunt work.  It was a good partnership.

In this era, and inspired by the best-selling true accounts book  Shark Attack by Dr Victor Coppleson, we were revved-up to know more about shark behavior from a skindivers experience. This is where Taylor and Cropp had the world at their feet (or flippers) with many fans and commercial opportunities.

The newspaper headline (above centre) Killers Flee from the Smell of Death has merit.  A decaying shark in a beach meshing net satisfactorily warns of danger to other sharks having a look.  An accidental  natural form of  shark repellent.  A minor point missed by well-intending opponents of beach meshing nets.


P.S. Later in the sixties.
BC did underwater advertising for Gillette razors (that clean fresh feeling) and separately smoked Camel cigarettes.  Later an advertising devised a stunt where Ben speared a shark with a ballpoint pen attached to a shaft and unscrewing the head demonstrated the pen could still write properly afterwards.  Other commercials followed with marine themes and The Cropp Family. 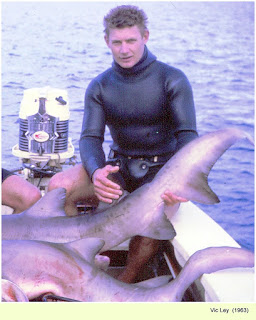 Posted by BlueWater at 09:47 No comments: 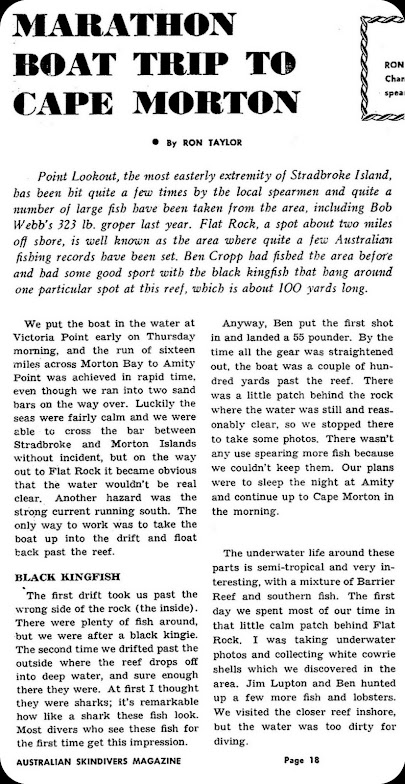 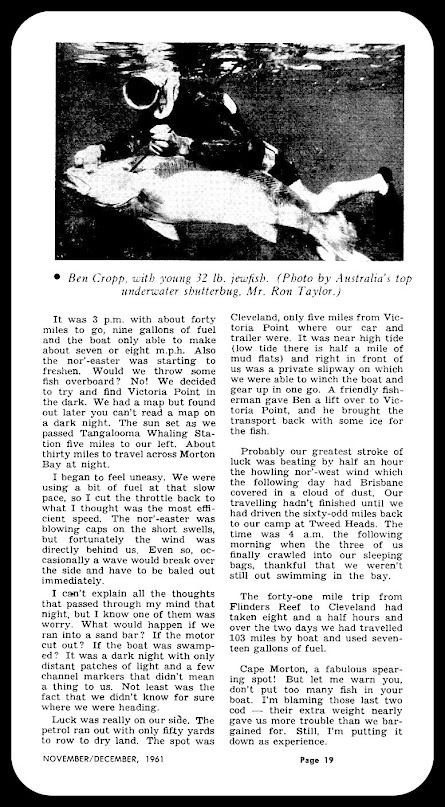 Posted by BlueWater at 10:33 No comments: