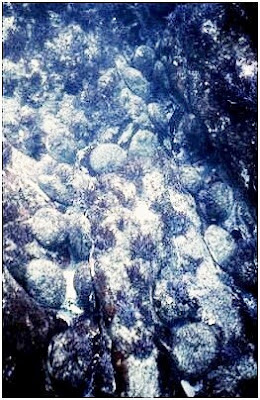 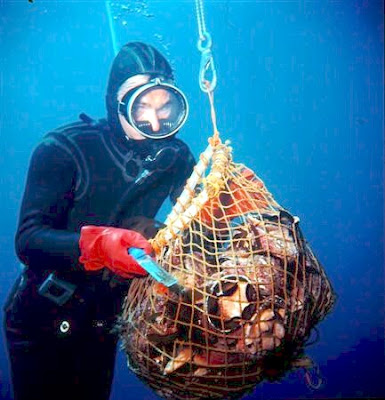 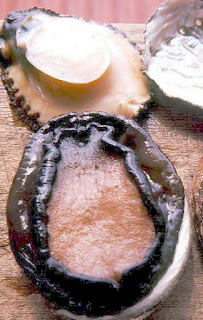 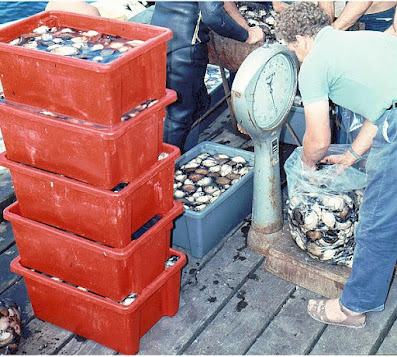 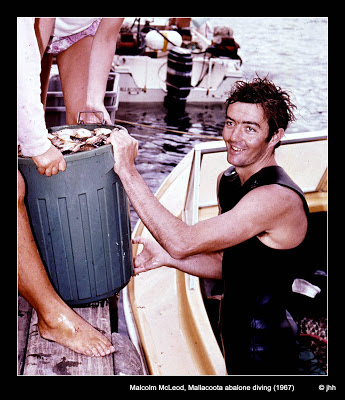 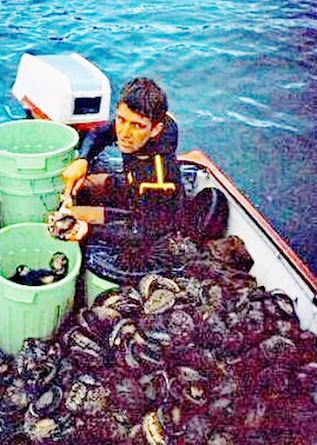 Top picture:  John Harding (self) with an original Ben Cropp speargun and the owner himself.

Bob Grounds dived professional for abalone in three states, including winter in Tasmania. Then quit for a better lifestyle.

Vic Ley moved to Mallacoota Victoria and dived professionally for abalone with partner Ron McEwen and  endured crippling outboard motor repairs that broke their budget. When they recovered financially back in the city it was too late.  The license system was modified and closed to 'new' arrivals, a system endorsed by existing license holders and the fisheries department.  Such is life. 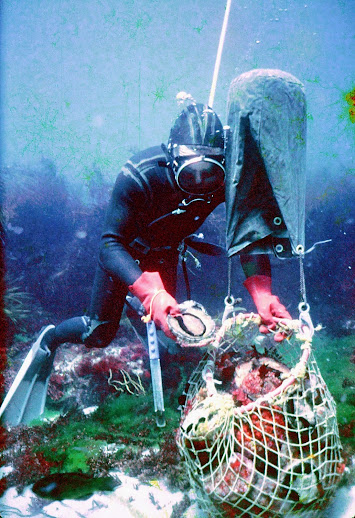 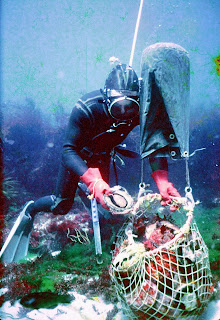 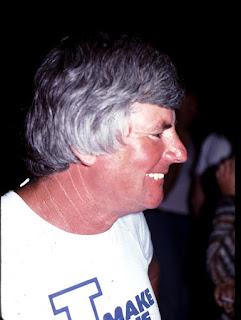 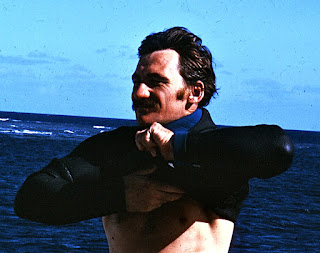 Posted by BlueWater at 16:17 No comments: